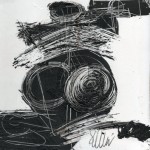 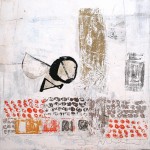 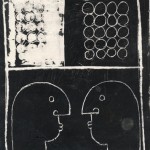 Since the birth of the brand , there is a collaboration with the artist Marcello Scarselli , painter and sculptor , author of forms and figures which are then reproduced in many collections. 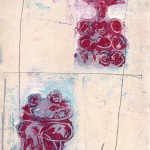 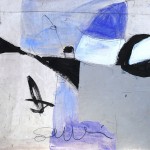 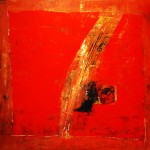 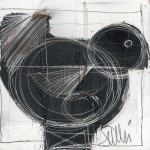 was born in Santa Maria a Monte (Pisa), in 1953. A fter graduating from the Technical Institute of Pontedera, he continued his education studying drawing and carving courses. He began his artistic career in the 70s and participating in numerous group exhibitions and intervening At the bustling aesthetic debate of that period. Decisively in its formation the meeting, friendship and exchange with numerous Tuscan artists like Paul Grigò and Mario Madiai, or knowledge of internationally renowned artists such as Ennio Calabria and Giancarlo Ossola. At its onset thereby providing a representation of a “real” traditionally understood, the work of Scarselli ,, always it turns more toward the idea of ​​a “real” paintings found inside. Because of memory and intuition. He told through cutting edge techniques and content, whose expressive evolution is subject to constant research. As the critic Giuseppe Cordoni from the catalog Terra infinita: “much of the criticism has often already remarked

the ductile complexity and the stylistic eclecticism that feeds the synthesis in which the language of Scarselli
to gradually arrives : abstract expressionism and informal , of signs and gestures dreamlike childhood”.

For his part, John emphasizes Matter “
that his agile possession of a modernity which he takes into techniques and archaic procedures loan, a hybrid abstractionism with outcrops of recognizable forms and family ; artistic survey that makes the remaining silent and ‘ introspection his leitmotif complex , infinite and ever solved”. 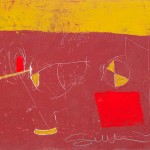 His profession as a painter is consolidated over the years both through constant exhibitions both in Italy and abroad (Austria, Belgium, Germany, France, Switzerland), with personal anthologies of broad, such as the one in Paris at “Maison d’Italie” (Cité University), the Foire de Nice or invited by the Italian Chamber of Commerce in Switzerland. Both by exposing especially recently, with the likes of Ivan Theimer caliber Guadagnucci Gigi, Silvio Loffredo, Girolamo Ciulla, Virginia Tentindo, Sergio Statizzi, Renato Frosali, Alfonso Borghi … Many of his paintings appear in public and private collections, both Italian and foreign. Others are reproduced in the catalog “Dream Design.” He has made some authors ‘labels for important wines of Bolgheri (Versilia Wine Art, edited by Lodovico Gierut, Church of Sant’ Agostino in Pietrasanta). It is part of the New Art Gallery of contemporary art in Barga, loc. Il Ciocco, Lucca. On his artistic activities have written, among others: Salvatore Amodei, Elena Capone, Dino Carlesi, Renato Civello, Giovanni Faccenda, Riccardo Ferrucci, Louis Gierut, Egidio Innocenti, Mario Meozzi, Nicola Miceli, Franco Milone, Filippo Lotti, Bruno Polacci, Mario Rocchi, Alessandra Scapini, Sandra Campatoli, Giandomenico Smeraro, Ursula Vetter, Giuseppe Cordoni.

No products in the cart.